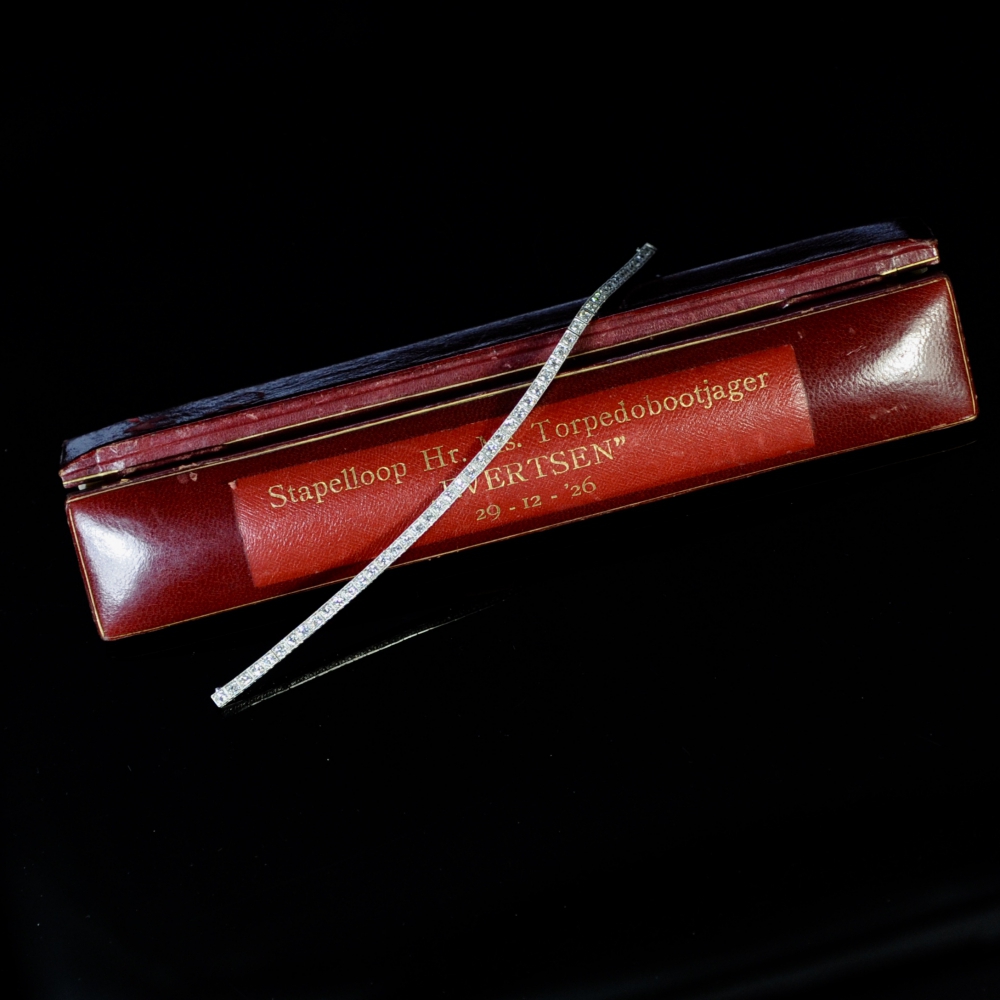 A bracelet with a history
The original box of this bracelet is a red box by Roelof Citroen, the oldest son of Barend Roelof Citroen who opened his first jewellery shop in Amsterdam in 1827, for what was to become Holland’s longest running family owned jewellery business. The box is engraved with the name of a Dutch navy destroyer, and a date. The bracelet is still as beautiful as it was back then, but the story of the destroyer is a sad one.

HNLMS Evertsen was a Admiralen-class destroyer of the Royal Netherlands Navy. Destroyers are fast, maneuverable long-endurance warships that were built from the late 19th century, intended to escort larger vessels in a fleet, convoy or battle group and defend them against smaller powerful short-range attackers. HNLMS Evertsen was launched on December 29, 1926. The ceremony was conducted by the wife of the mayor of Rotterdam, mrs. Wytema-Versteegh and she received this beautiful platinum and diamond line bracelet to commemorate the event. On April 12, 1928 the Evertsen was brought into service in Rotterdam, she left for the Dutch East indies on September 27, 1928.

After fourteen years of service, HNLMS Evertsen was destroyed by ships of the Imperial Japanese Navy, on 1 March 1942 during the Battle of Sunda Strait. Allied navies suffered a disastrous defeat at the hand of the Imperial Japanese Navy that week, in the Battle of the Java Sea on 27 February 1942 and in secondary actions over successive days. This defeat led to Japanese occupation of the entire Netherlands East Indies. The Evertsen was hit by enemy fire in one of the after battles and stranded on the coastal reef of the small island Seboekoe Besar, on the south coast of Sumatra. Three of the 149 men aboard were killed, the rest of them were captured nine days later and taken to internment camps.

This original box and original bracelet tell a story of Dutch history, of colonies and World Wars, and of beautiful hand made jewellery. 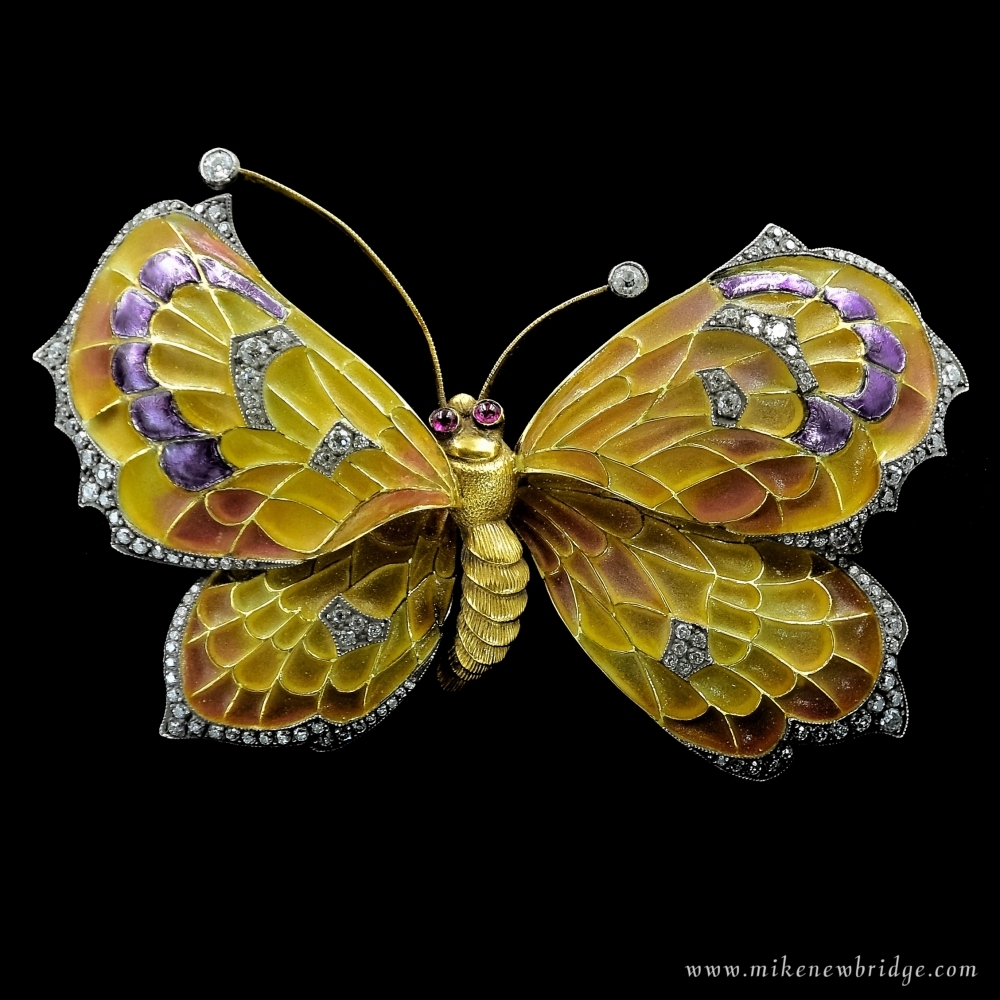 Butterfly brooch in in plique a jour 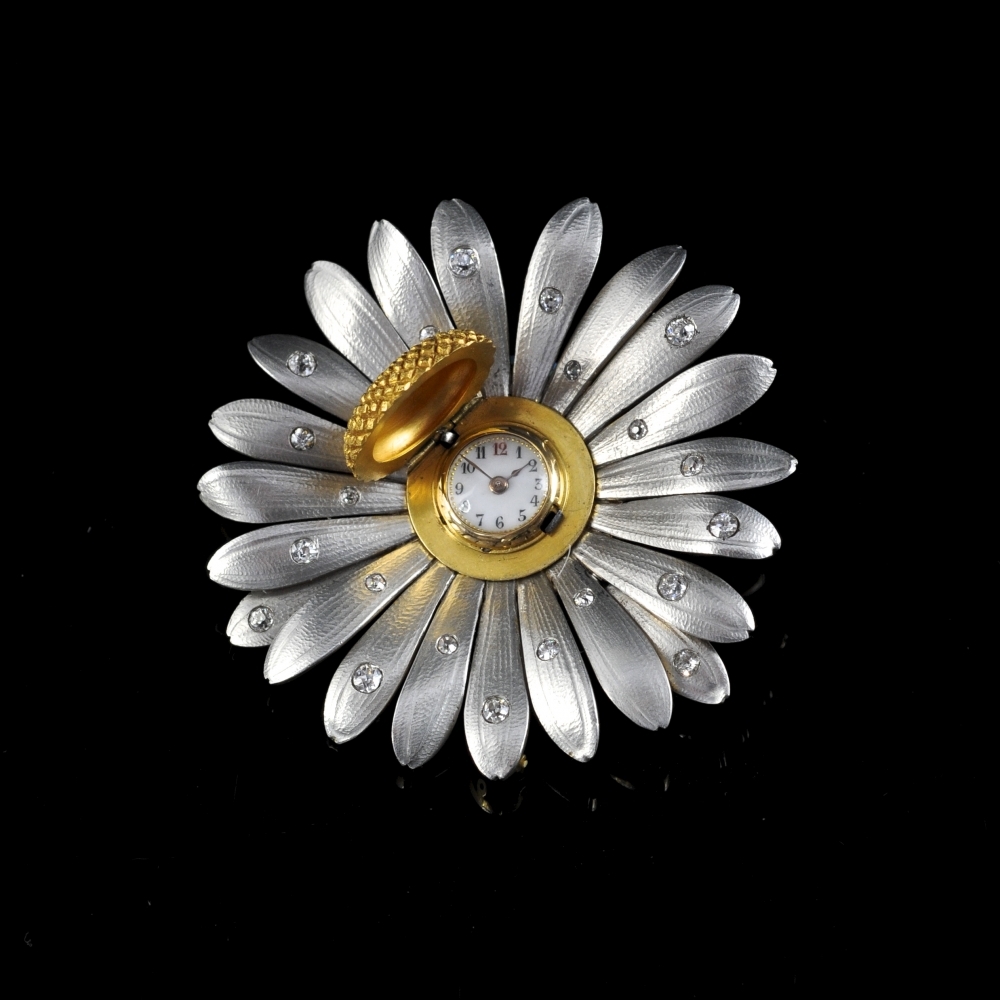