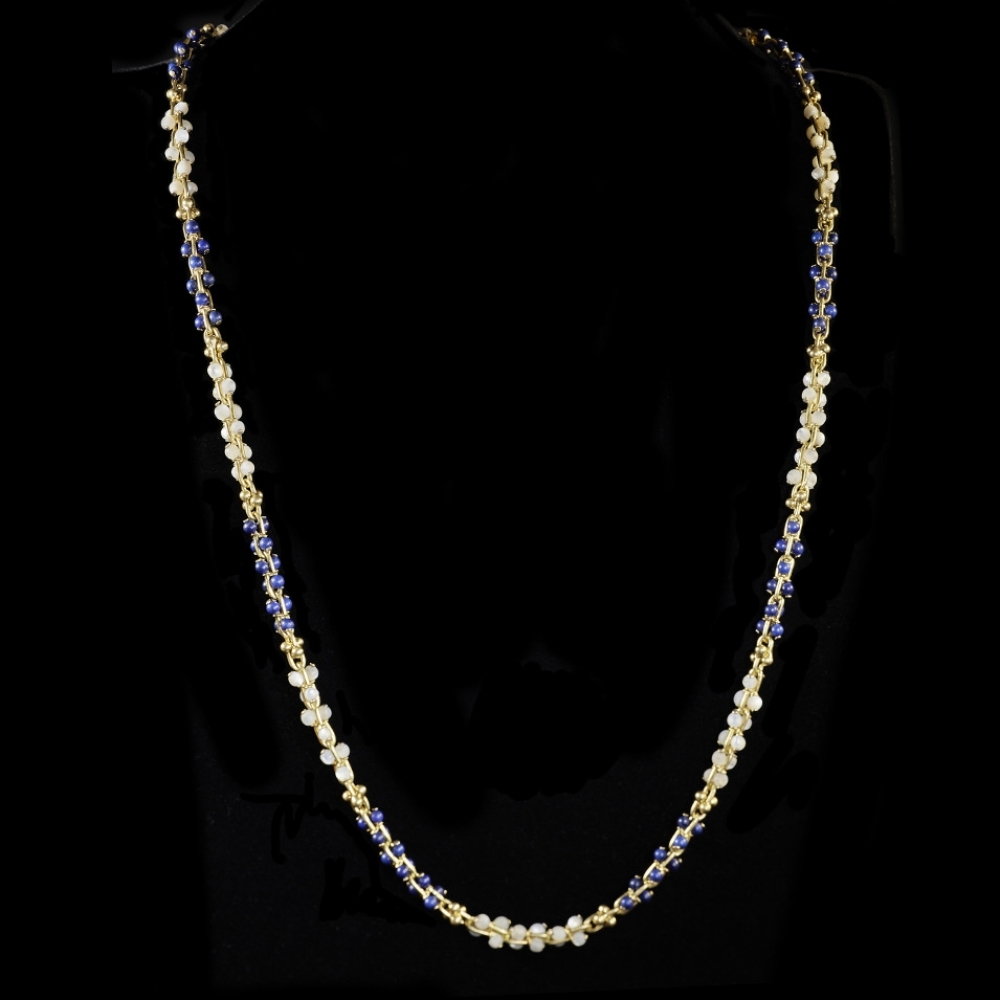 Vintage Bvlgari necklace made of 18k yellow gold with lapis lazuli and mother of pearl. Italy, circa 1970

In 1880 a young Greek silversmith, Sotirios Boulgaris, arrived in Italy looking to build a new life. It didn’t take him long to establish himself and after a couple of false starts he opened his eponymous shop on Via Sistina in Rome in 1884. He Italianised his name to Sotirio Bulgari and the firm that would eventually come to represent the very essence of ‘la dolce vita’ was born. For several years Sotirio’s focus was on selling silverware, both his own and antique, but as his success grew and he opened further stores, calling on friends and family from home to help him do so, his stock widened to include a range of jewellery, antiques and curios.  By 1894 he had premises on the Via dei Condotti and a photograph from 1906 shows him standing proudly in front of his “Old Curiosity Shop”, the name taken from the Dickens novel in a shrewd attempt to attract the English and American tourists who flocked to Rome. It was around this time that his two sons, Constantino and Giorgio, joined him in the business and Sotirio began to concentrate his attention on a single location, 10 Via dei Condotti, as he sought to focus on and expand his range of fine jewellery.  Giorgio was travelling frequently to Paris, then the epicentre of jewellery design and production, seeing both the styles that were prevalent and the techniques used to realise them. These he brought back to Italy and the Bulgari jewellery and archives that survive from the 1920’s reveal this influence. In 1925 the firm employed a highly respected and skilled Master Goldsmith, Ubaldo Crescenzi, to run their own workshop; it was to prove a close and hugely fruitful collaboration that lasted 40 years. Sotirio died in 1932 leaving the business to his sons who proceeded to undertake a major store refurbishment resulting in a spectacular marble clad frontage with the name BVLGARI in block capitals above the door.  This marked the change from the letter U to the Romanised V and was the first use of the company name as we recognise it today.  The brothers settled into their different roles with Giorgio very much the driving force in both a creative and business sense whilst Constantino was more academic by nature and focused on building up the company’s renowned collection of snuff boxes, jade carvings and antique silver, the latter two forming remarkable displays in store. The jewellery of the 1930’s was still largely informed by French design and diamonds and platinum dominated.  The 1940’s and 50’s saw the introduction of yellow gold along with more colour in the form of rubies, emeralds and sapphires which would be paired with diamonds in compact and stylised designs. It isn’t until the 60’s and 70’s that we see the regular use of cabochon stones and a far wider selection of coloured gems such as tourmaline, amethyst and turquoise, often in combination, resulting in what we now think of as the ‘Bulgari style’. It is also the period that sees the introduction of a range of jewellery set with ancient coins, a style that would prove universally popular and become synonymous with the brand. With Giorgio’s death in 1966 and Constantino’s in 1973, management passed to Giorgio’s sons Gianni, Paolo and Nicola and two of Constantino’s daughters, Anna and Marina. The company entered a period of modernisation and oversees expansion opening stores in New York, Geneva and Paris.  By now they had an enviable client list of the rich and famous and had cemented their reputation as the Italian jewellers par excellence on an International level. By the mid 1980’s the management of the firm had taken on the form it has today. Marina, Anna and Gianni had all left the business whilst Francesco Trapani, the son of Giorgio’s daughter Lia had joined after studying business administration in New York.  He was made CEO at only 27, alongside his Uncles Paolo and Nicola who took the titles of President and Vice-President respectively. Together they have diversified the brand into accessories, perfume and even hotels, and in doing so have transformed Bulgari into one of the largest luxury brands in the world today. 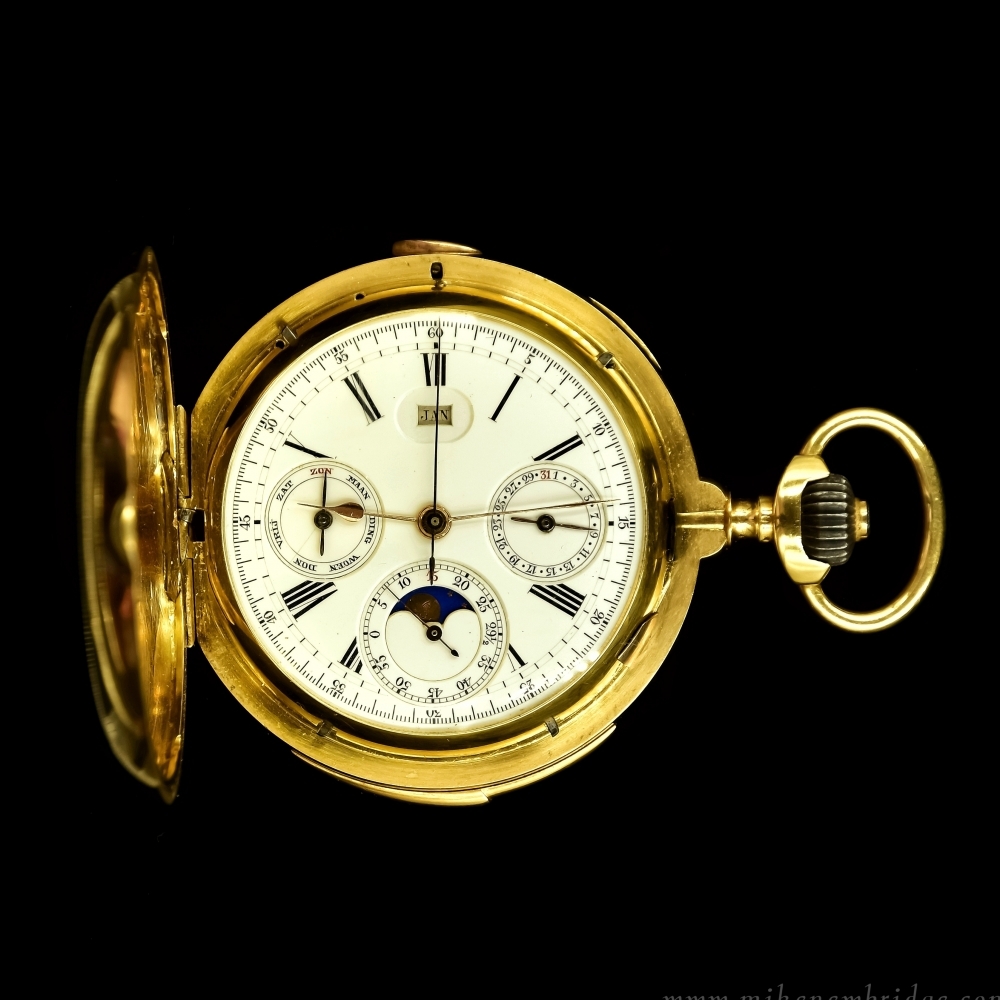