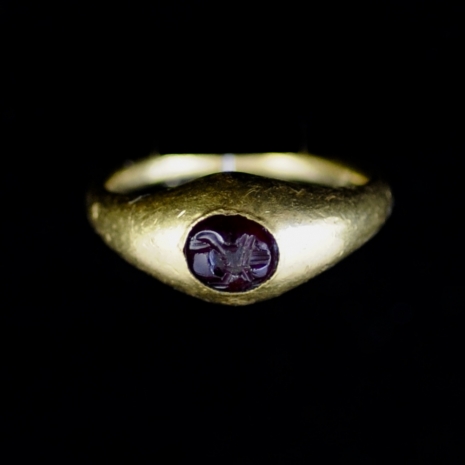 
Antique gold ring with intaglio, Late Antquity. Set with a ruby in which an intaglio from the Sasanian Empire.

Intaglio of a walking bird. The Sasanian Empire (also known as the Sassanian, Sasanid, Sassanid or Neo-Persian Empire) were the rulers of the Persian empire between the 3rd and 7th century.