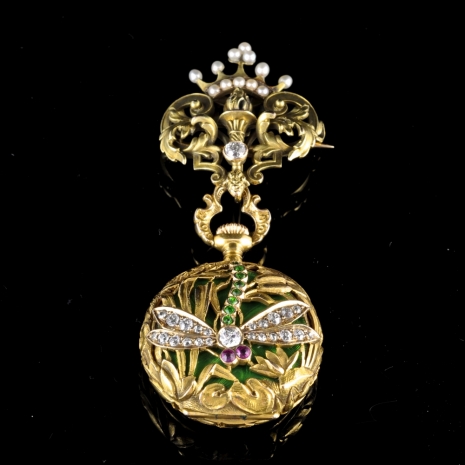 Bailey Banks & Biddle can lay claim to being not only America’s oldest jeweler, but also America’s leading luxury jeweler, with more branches from coast to coast than any other.

Guilloché (presumably named after French engineer Guillot) is a symmetrical pattern engraving technique which is produced by a mechanical engine-turning table. The patterns that are created are plentiful and closely resemble those created by the 'Spirograph' childs play which was popular in the 1970s.
The rose-engine - as the machine is named - have been used for plate engraving in the early 1800s, these plates however never were used to serve as base for an enameling. It was Carl Fabergé who first combined the technique of guilloché with enamel during the fin-de-siècle. Other jewelry houses such as Cartier soon followed Fabergè and this typical manner of decoration remained in fashion until WWI.